Setting up an initial meeting with PPQ founder Percy Parker in MOSCOT’s London shop, we then identified two bold acetate frames featuring bespoke customised lenses for the show – the KEPPE and MECKIE with graduated red and green lenses.

The show, entitled “La Fiesta” motivated by the ancient Spanish region of Navarra, was MOSCOT’s inaugural venture into London Fashion Week after launching their first European shop in London’s Soho back in December 2015.

Fourth generation owner, Harvey Moscot, said: “It was very exciting for us to grace London’s biggest and most important fashion stage so soon after opening our first European shop in Soho.”

“Given PPQ’s shows are always attention grabbing, and our MOSCOT styles aligned so well with the designers’ visions, it was a naturally perfect fit,” he added.

MOSCOT began in New York’s Lower East Side more than 100 years ago and now has shops in Manhattan, Brooklyn, Seoul, Tokyo and London. 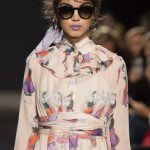 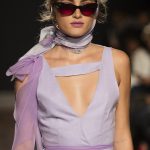 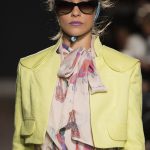 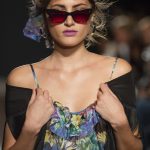 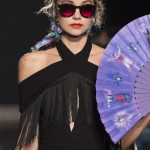 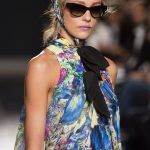 Copyright © I-AM, All rights reserved. Our mailing address is: [email protected] We use a third party 'Infusion Soft' to store, process and protect your details.