Creating a launch platform
into the UK marketplace

I-AM were approached by TOMS to create a launch platform into the UK market. We created a marketing campaign centred around an eight-week pop-up shop in Seven Dials. The main goal of the campaign was to raise awareness for the brand and therefore maximise sales for the TOMS footwear and eyewear offer.

The pop-up store was initially in situ for a period of one month with a full programme of influencer and consumer activations. Twenty of London’s top fashion bloggers were invited to an exclusive ‘bloggers breakfast’ to preview the store before it opened to the public. We also commissioned six key London fashion designers to each customise a pair of TOMS for a silent auction running for two weeks in the store. An all-day launch event was held to kick-start the campaign. Visitors were guided to the store by TOMS branded bunting & promotional staff carrying branded balloons from key local hotspots such as tube stations.

The project helped TOMS to define their UK target consumer groups and generated significant word-of-mouth for the brand. The store was so commercially successful that it ran for a total of eighteen months. 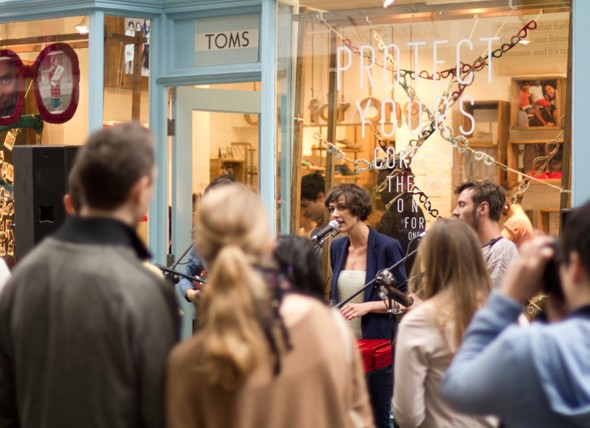 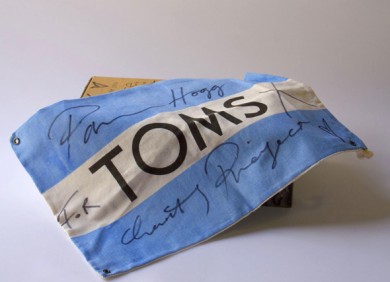 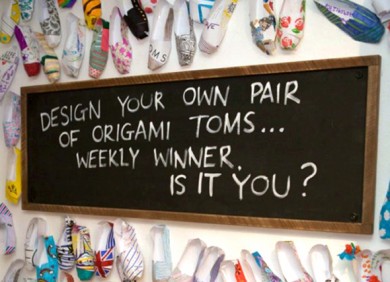 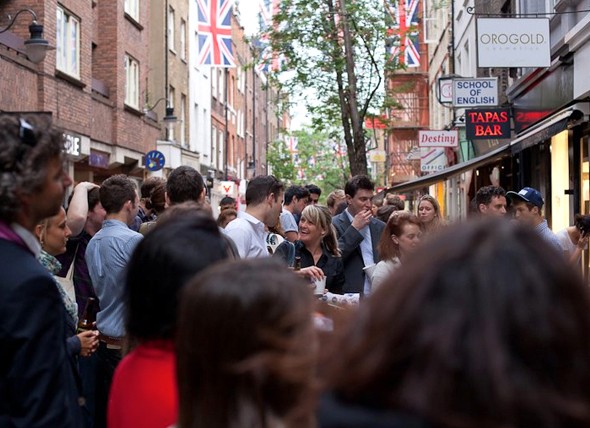 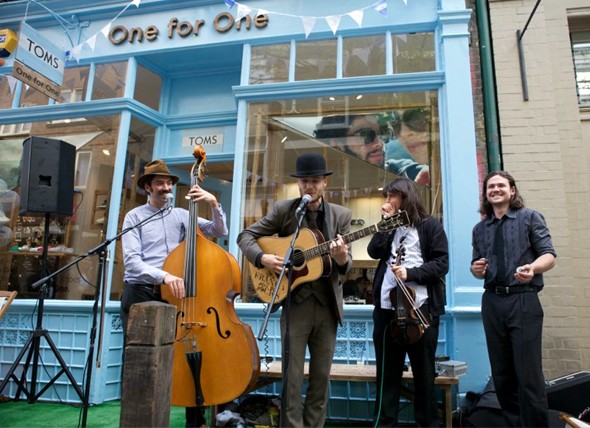 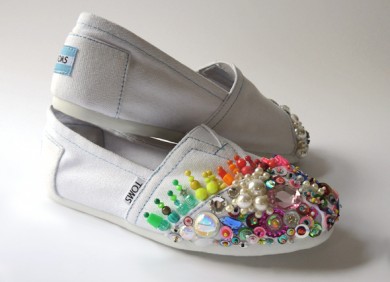 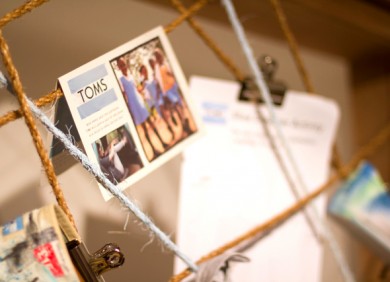 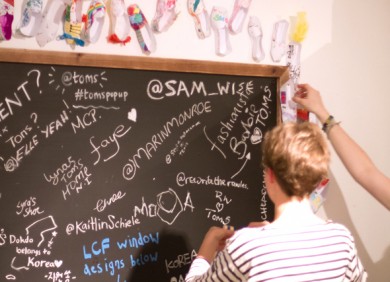