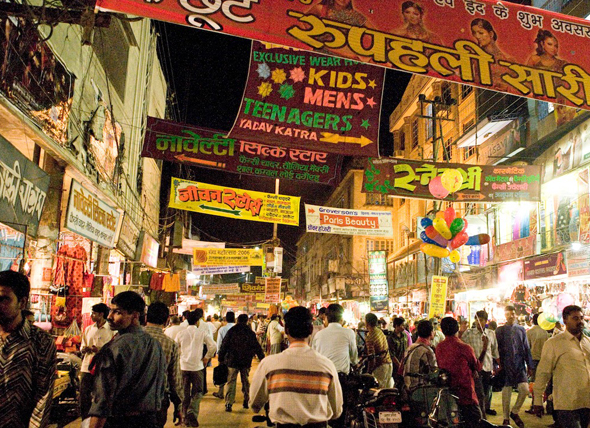 As brand consultants our job is to listen and observe, it’s one of our brand values, empathy.

Travelling as all of the partners do, meeting new people and experiencing new brands every month, provides us with a fair amount of time to reflect on some of the more minor observations of life and not critical to benefiting our clients’ future health.

Having said that, they may not be critical, but they are intrinsically connected to our work and at times drive me crazy. What follows can be seen as anything from a serious point of view, to a personal one. In fact the term ‘rant ‘springs to mind. You must make up your own mind, either way it’s not my concern, it’s my bubble to burst not yours. Read on.

If you need reminding again, we have an office in Mumbai and I was interested to hear that there is countrywide rage with the Indian government at the moment, due to the fact that they propose to allow overseas business giants to take a 51 per cent stake in the country’s biggest retailers. In particular it would seem that Tesco are already in the firing line as they are seen as being at the root of the demise of local business and manufacturing. Oh really?

Clearly the Indian government, as is said of all politicians, has not a clue about business, especially retail. Let Tesco in, are they mad? Have they not looked to the UK to see the effect a superstore has on the local business community, never mind a country that depends so much on local trade and small holding to help people just to survive.

A Country Of Three Parts

India is a country of three parts; the part that has, the part that is working damn hard to get it and the part that has not and hasn’t got a snowballs chance in hell of getting it. The former rules, the ones in the middle will succeed given the right support and the latter will continue to strive to barely exist.  Do those in the Indian government think that big business will put the needs of the local community first or go for keeping the shareholders happy?

Look no further than our own backyard. In this country Out of Town Retail Planning laws has a lot to answer for, some local high streets have turned into ghost towns and these hearts of communities have shrivelled to emitting a barely noticeable beat.

Actually its local government that I believe are the true perpetrators, they are the ones that said yes when a new road or bypass was dangled in front of their nose. Ironically they the ones now begging Mary Portas to come and put it all back together again and despite her strong reputation and skills, I fear her proposals will fall on stony ground.

“A Nation Of Small Shopkeepers”

Even Napoleon Bonaparte (that French guy with his hat on sideways always stirring up trouble) famously said “You English are a nation of small shopkeepers, wait ’til I invade and open a Carrefour”. Twenty or more years ago the Americans identified the same problem and as is so typical created a new name for it. It was called the ‘Donut factor’; move everything to the outside and you end up with nothing in the middle except tumbleweed.

So back to my original point, in some provinces they are burning an effigy of Manmohan Singh, the Prime Minister. I have to admire them for their direct action, and I am with them on this one, beware Dr Singh you have no idea of the storm you are brewing. As for Mr Cameron, I urge you take note of what happens when government does it’s own thing with retail, get things back on track with the high street before you start screwing up the suburbs with a home extension free for all.

There. That’s my bubble burst.